Cultures In North Africa That Have Been Lost To Civilization 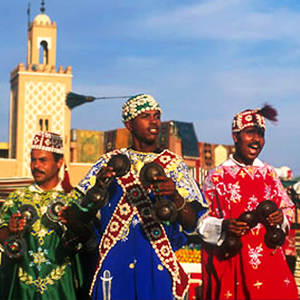 Named this way, the history of this nomadic civilization that was present in the west side of the Nile Valley is very extensive and also diverse. They are non-Arabic tribes related only by culture and language but with no fixed territory. They inhabited the region for such a huge amount of time that was even referenced by the Egyptians under the name of Temehu (3,000 BC). There has never been a political unity among them, we can´t speak even today about a Berber Empire, but many that have lived along with each other for thousands of years.

The Berber lands have always been very important since they were crossroads for all the people trading between Africa. The Middle East and the South of Europe. 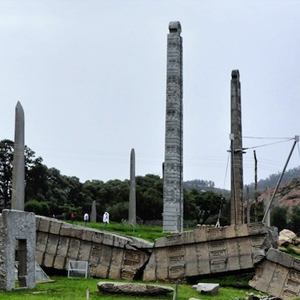 “The Kingdom Of Aksum”

The Kingdom Of Aksum

Have you ever heard of the Rastafari movement? Well, they are not just a group of reggae listeners, they worship their messiah named Haile Selassie I, the last Emperor of Ethiopia, the only country in the whole of Africa that wasn´t dominated by Europe. They have created their own version of the Christian faith and claim that their royalty is the product of an affair between the Queen of Sheba and none other than King Solomon, meaning that they descend directly from the Biblical House of David.

Now, it´s well-known among historians that in the 13th Century, an Amhara noble who claimed to be descendent from the Iron Age dynasty called Aksum founded the Solomonic dynasty. This noble, named Yekuno, was the one who gave birth to the legend that the bastard son of King Solomon and Queen of Sheba founded Aksum. Haile Selassie, the Messiah, was a member of the Solomonic dynasty

Much like the Ethiopians do nowadays, the inhabitants of the Aksum kingdom, the Aksumites spoke a Semitic language. The kingdom is also widely connected with modern Israel and features a very large population of Jews from an indigenous kind (also known as the Beta Israel).

The olden Kings of Aksum had brought much of what we now know as Yemen, Sudan and Ethiopia under their control around 3rd and 4th centuries AD as well as smaller percentages of Saudi Arabia and Egypt and was one of the four greatest empires humankind has ever gotten to know along with ancient China, Roman, and Persian.

Jewish queen Yodit overthrew Aksum in the 10th Century. Regardless of this, the legacy in terms of politics and culture survived more than a millennium to the present date. Institutions such as the Amhara people, the Ethiopian Orthodox Church and the line connecting the Solomonic dynasty to the ancient Judea come from the memories of a huge empire.