North Africa has a long and rich history that has seen a number of different cultures and people rule over the land, including the Romans, Phoenicians, Islamic Caliphates, Egyptians and French colonists. Because of this amazing diversity, the area features a wide variety of different preserved sites that show off its history and the people who once ruled the land.

Some of these landmarks, such as the Great Pyramids and the Sphinx, are widely known and extremely popular with tourists.

However, there are many more sites that are just as incredible, yet, somehow less known. Here we’ll take a look at some of the sites that would make great tourism destinations. 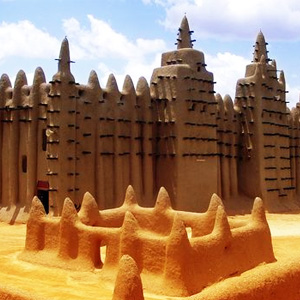 The Old Towns Of Djenné

Located in central Mali, the Old Towns date back to 200BC.

Constructed from mud bricks that baked under the sun, the adobe buildings that make up the area is described by UNESCO as one of the most breath-taking cities in North Africa.

In ancient times, the area was a key stopover for traveling merchants who were traded in gold, salt, and slaves. 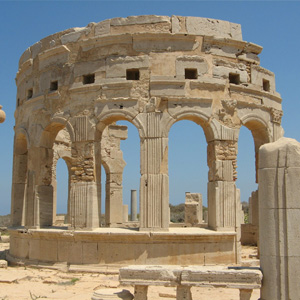 If you’re a fan of ancient Rome, then this is a must-see. Located in Libya, the Leptis Magna is considered one of the best preserved Roman cities in the world.

Rome conquered the area during the Punic Wars and became it a very wealthy city toward the end of the 2nd century AD.

The emperor Septimus Severus used the money to build beautiful structures, including the basilica, forum, amphitheater and the arch of Septimus Severus, all of which still stand today. 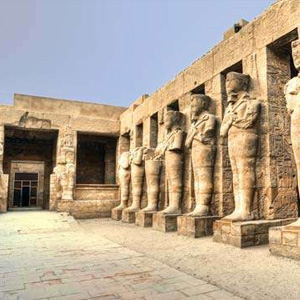 Egypt may be known for its famous Great Pyramids, but the Karnak temple at Luxor is truly spectacular to behold.

The temple emerged over a period of over 1000 years with more than 30 Pharaohs continuously adding to it. 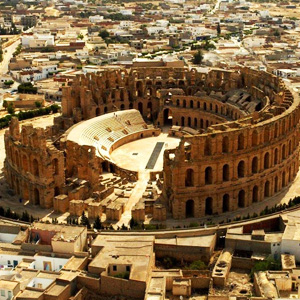 Everyone knows about the Coliseum in Rome, but did you know that next largest amphitheatre in the Roman Empire is located in the small town of El Djem, Tunisia.

Much of it is still intact, including the passages in which the men and wild beast were held.

North Africa has a long history that has affected every culture and civilization in the world today.

Although there are many popular sites that tell the story of its history, there are also some sites that are usually overlooked by tourists.

Don’t be afraid to take the road less travelled and experience some really incredible destinations.